The Colorful History of William L. Murphy and The Invention of the Murphy Bed 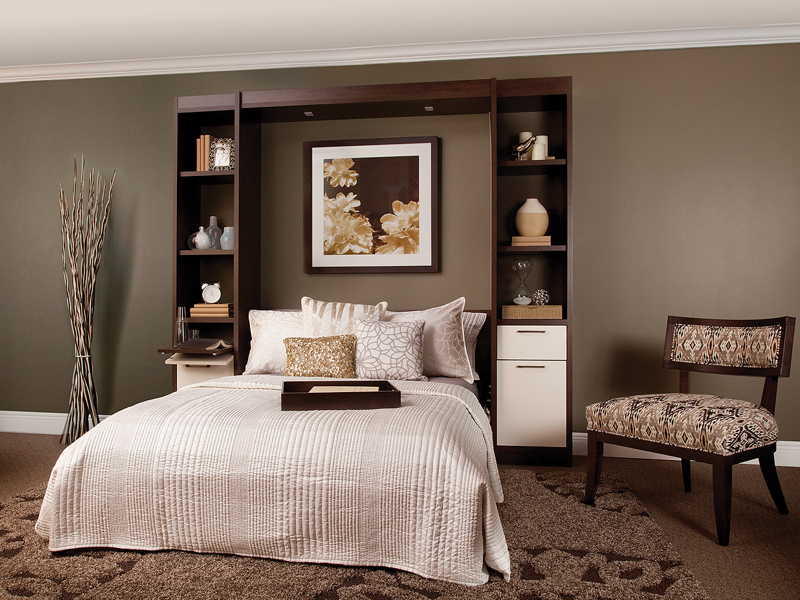 Murphy beds are just one part of our business here at More Space Place of Myrtle Beach. The convenience, comfort, and space-saving ability of Murphy beds makes them a clear choice for people trying to save on square footage, going back nearly a century. But where did Murphy Beds come from? And who invented them? With your curiosity piqued, look into the history of the Murphy bed below. 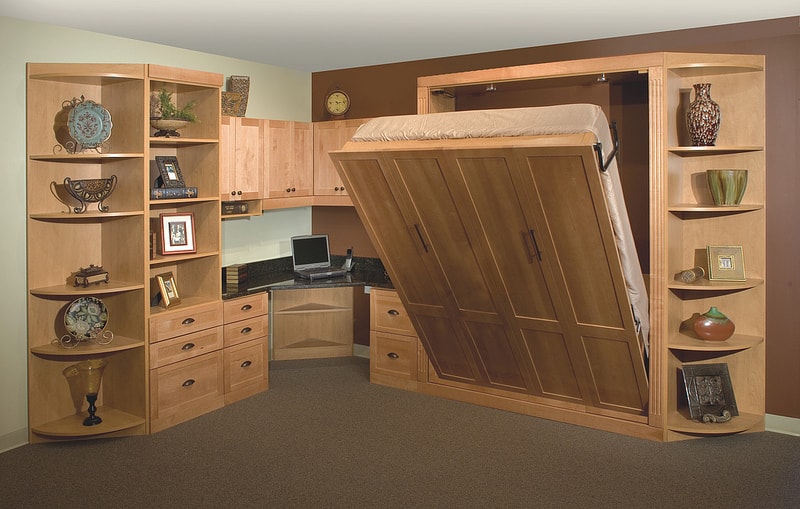 Precursors to the Modern Murphy Bed

Foldaway type beds have existed for hundreds of years before the invention of the modern Murphy bed, as we know it today. Thomas Jefferson had a version of the stowaway bed installed in his famous residence Monticello, in fact. The beds there hung from ropes and hooks in bedroom alcoves. In 1899, Leonard Baily received a folding bed patent, but an earlier and more notable inventor would be Sarah E. Goode, whose folding cabinet bed earned her the first US patent awarded to an African American woman. Goode’s folding bed served as a fully functional writing desk, with a fold-down bed that could be used by night. Goode’s patent was awarded on July 14, 1885, years before today’s version of the Murphy bed was patented. Foldaway beds could be bought from the Sears & Roebuck catalog prior to the invention of the modern Murphy bed as well. They simply didn’t have the unique counterbalance and pivot design that would come to characterize today’s wall beds.

William Lawrence Murphy and the Invention of the Murphy Bed

Modern-day murphy beds were invented by a man named William Lawrence Murphy (1876-1959). Murphy was the son of a gold rush 49er, who held a variety of interesting positions prior to striking gold with his invention of the Murphy bed (pun intended). Murphy was a horse-breaker, a stagecoach driver, and even a pioneer town sheriff before he moved to San Francisco where he rented a one-room apartment on Bush Street and became infatuated with a young, female opera singer.

Unfortunately for Murphy, social mores of the day made it very clear that young women were not to be alone with a man in a room with a bed, which made the courtship process for Murphy a rather difficult prospect, in his one-room apartment. Being the resourceful man that he was, Murphy created the modern day foldaway bed using door hinges and an old closet doorjamb to create a pivot, turning his room into a prudent parlor by day and allowing him to sleep on his bed at night.

The couple married in 1900 and Murphy filed several patents throughout the early 1900’s, eventually establishing the Murphy Bed Company. There is some dispute about the veracity of the opera singer story, but it’s certainly the more romantic version of the tale, and Murphy’s descendants claim this as the official version of events. This also follows Smithsonian Magazine’s version of events, and we feel fairly confident that they know their stuff.

Murphy Beds Throughout the 20th Century

After establishing the Murphy Bed Company, sales took off. Murphy got lucky with the timing of his invention. After the whirlwind of the industrial revolution, and with people streaming to urban centers for the manufacturing jobs offered there, living spaces were at a premium, and thus getting smaller. This meant that a creative space-saving furnishing like the Murphy bed was greeted with open arms, and reached its peak popularity in 1925 when the Murphy Bed Company moved to New York City.

Throughout the 1920’s, newspaper advertisements for apartments even promoted Murphy beds as a selling point. During this period the Murphy Bed Company was producing over 50,000 Murphy beds a year, and owning one was considered a symbol of status. Robyn Einhorn, the National Museum of American History’s Collection Manager, who wrote her second master’s thesis on the impact of Murphy beds on American life describes how “people would move into these hotels in New York and they would have a suite which would include a Murphy bed, so they could pick up the bed and have a parlor.”

Unfortunately, with the Great Depression and the advent of WWII, things began to slow down due to difficulties like steel and raw material rationing, and the post-war suburban housing boom. There simply wasn’t as much demand. It wasn’t until the economic recession of the 1970’s hit, and people began to cut back on their living spaces again, that Murphy beds returned in popularity. In 1989, the United States Court of Appeals ruled that the term ‘Murphy Bed’ had become ubiquitous, and could no longer be trademarked, as it was linked to all foldaway beds in common usage.

Today, the Murphy bed is back in vogue. This is particularly true beginning in the 2010s, after the recession, when many adult children returned to live with their parents, and people had to cut back on their living space. No matter what, the Murphy Bed has always been there as an aid to Americans during times of economic hardship, providing a way to make their lives easier and maximize their comforts even in the face of economic recession.

While traditional Murphy beds were installed right into closet spaces, today’s Murphy beds come in a plethora of sizes, models, styles, colors, and more, and can be completely customized with bookshelves, lights, cabinets, and even writing or computer desks (in memory of Sarah E. Goode). Today’s Murphy beds are perfect for guest rooms, condos, studios, or anyone looking to save space in their home. Many of our clients will transform their guest rooms into a craft room and guest room. And everyone gets to keep their closet spaces!

For more information on Murphy beds and all your other space-saving needs, give us a call, or visit one of our two convenient More Space Place locations in Myrtle Beach today!

More About Us & Our Products: 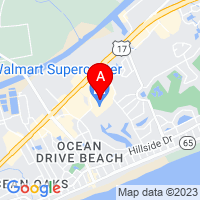